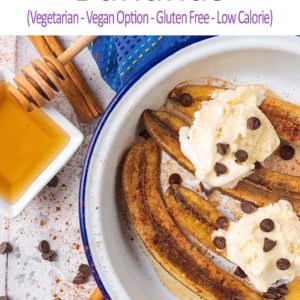 Warm, sweet and gooey Baked Bananas are such a simple dessert, but there are so many different ways to serve them to have them a different way every time. Baking bananas really brings out the flavour and the sweetness and makes the perfect dessert for a cold winter night. Less than 130 calories for a super sweet dessert too. 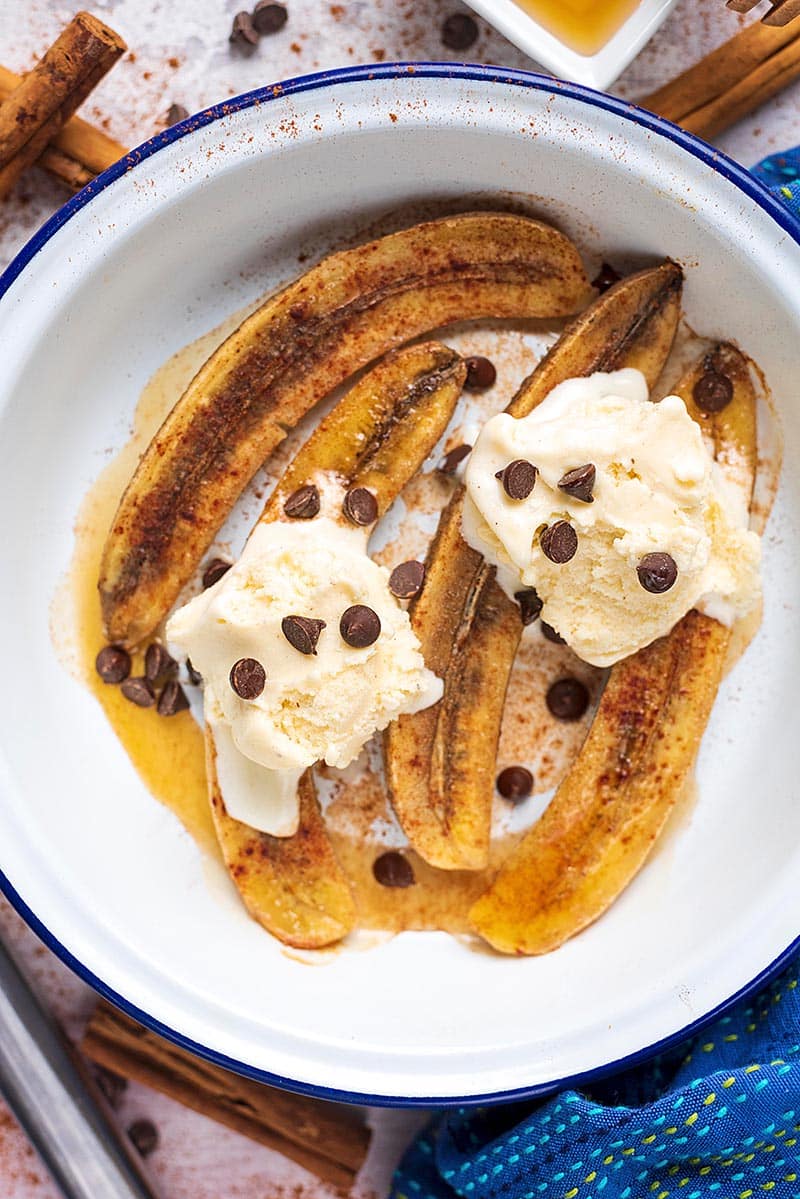 This is probably one of the easiest recipes I have posted, but it's too good not to share. When the weather starts getting colder, I start craving really comforting desserts, which usually aren't the healthiest, so I have been looking at ways to still eat dessert without them all being too indulgent.

For this dessert, you simply bake some banana slices with a drizzle of honey and a sprinkle of cinnamon. How easy is that! The hard part is deciding what to eat them with.

How to bake bananas

As I say, this is a really simple dessert. You could keep the skin on the bananas and bake them skin on and scoop the banana out to eat, but we like to peel them and then slice them lengthways. You could also just cut the banana in to chunks and cook it like that.

Then you drizzle it with a little honey (this will make the bananas lovely and caramelised), but you can leave this out if you want to make them lower in calories, or suitable for kids under 1. The final step is a sprinkle of cinnamon and then baking for 15-20 minutes. The cooking time depends on how soft you like the bananas.

One: Slice the bananas in half lengthways and put in an oven proof dish. 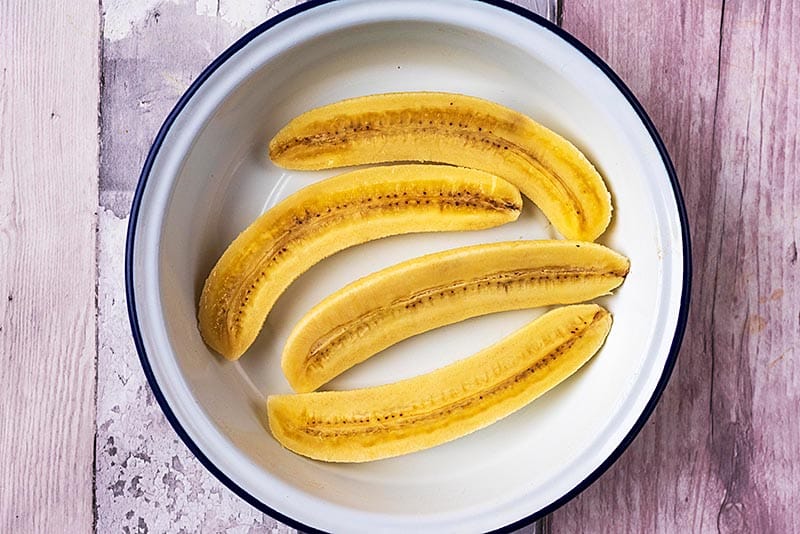 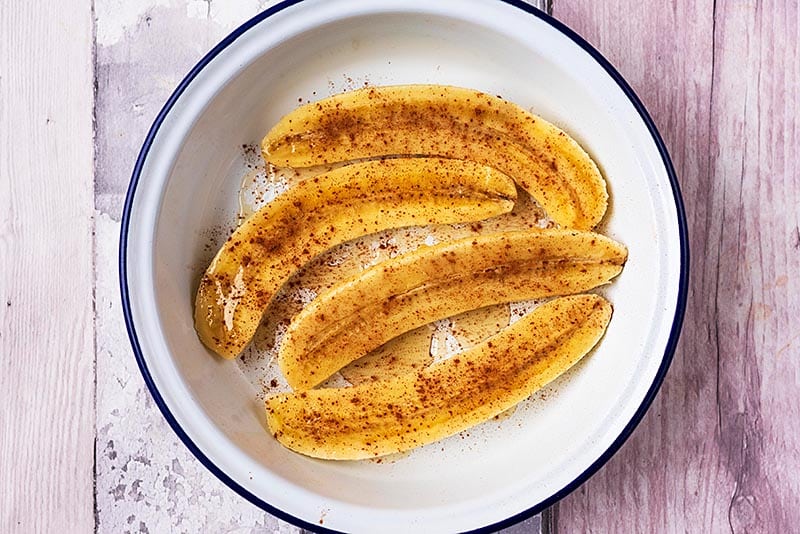 Do they need sweetening?

Baking bananas brings out their natural sweetness, and makes them soft and gooey and oh-so-comforting. But we like them to go a little bit caramelised when baking, which is why we add a drizzle of honey to them. You could use maple syrup instead to make them vegan - and remember that honey isn't suitable for kids under 1 year.

What else can be added?

This is such a simple recipe, which means there is lots of opportunity to mix things up a bit and add some extras. If you want an easy adult dinner party dessert, then make this with a splash of rum (and serve with coconut ice cream). So good!

Swap the cinnamon for ginger or nutmeg and you could also add a teaspoon of vanilla extract to the dish. 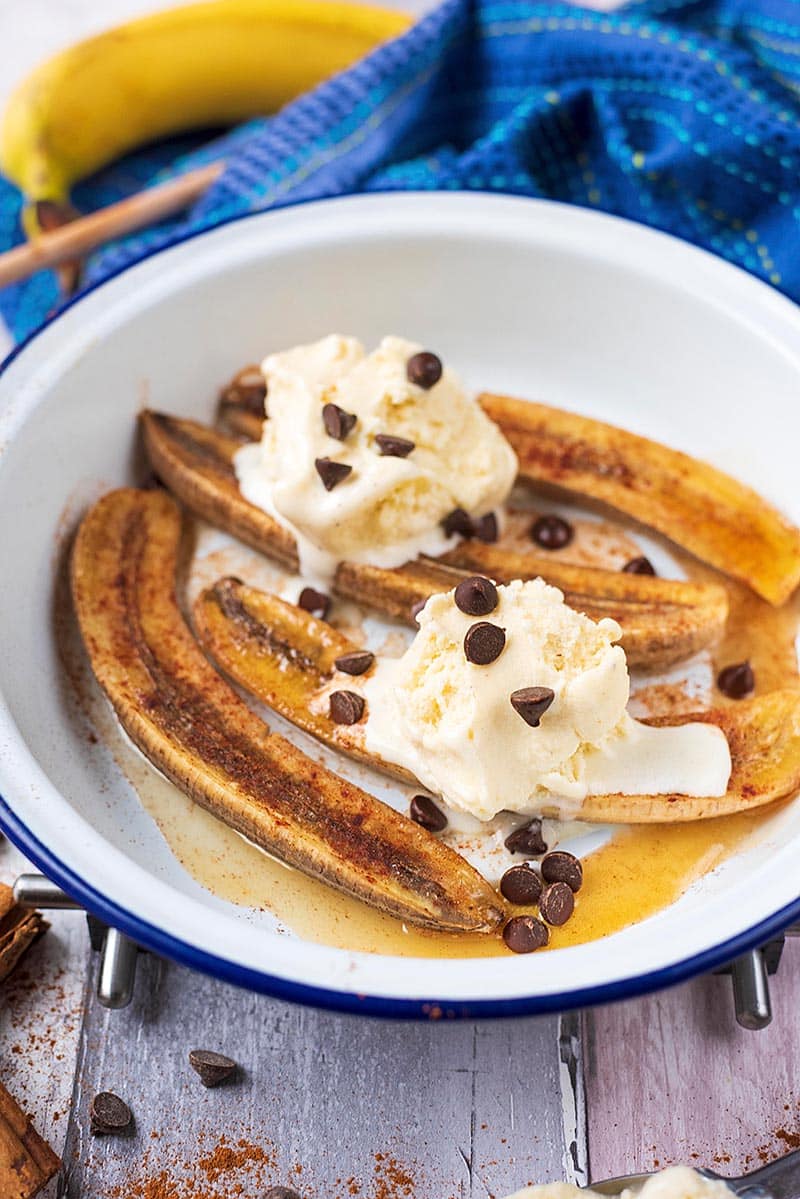 What to serve with this?

We really like these on some porridge for breakfast or with some Greek yoghurt and pecans for dessert.  But when we want something a little more indulgent, then we serve the with some scoops of vanilla or coconut ice cream and then a caramel drizzle and some nuts.

If you’ve tried this or any other recipe on the blog then let us know how you got on in the comments below, we love hearing from you! 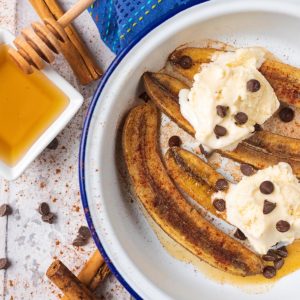 Baking bananas really brings out the flavour and the sweetness and makes the perfect dessert for a cold winter night. Really quick and simple to make and lots of different ways to use them.